An inventor at age 11, solutions hunter Gitanjali is America’s “Kid of the Year”

Gitanjali Rao is only 15 but she’s already dreaming of changing the world. In fact, she already has. When she was only 11, this American schoolgirl with a passion for science had already invented a tool which tests for dangerous lead in people’s drinking water.

Gitanjali Rao is in the news because she was named “Kid of the Year” by Time. That’s an important international news magazine published in New York and it chose Gitanjali out of more 5,000 children aged 8-16 who were nominated.

Just before Christmas, there was Gitanjali looking out from the cover of the magazine. She looked very at ease, in her white laboratory coat and white tennis shoes, with a bunch of medals hanging round her neck. But Gitanjali isn’t a sports champ. She’s a science champ.

Three years ago, she won a $25,000 (€21,000) prize for being the best young scientist in America. And another big magazine, Forbes, put her on a list of the most brilliant people. So you can see, she’s famous well beyond Denver, the city in the southwest USA where she lives.

Lead in the water

For Gitanjali, it all started when she was 7. She got a present – a chemistry set. She loved it so much that she did all the experiments in just a few hours. A passion was born!

Then when she was 10, she heard about a terrible problem for people living in another part of America. She wanted to help them. So she looked at what she was good at, and what she liked doing. And she found a solution for them in her love of science.

How did she do that? Well, it started with the problem. In a town called Flint, in the north of the USA, near Canada, children were getting sick because the water in the taps wasn’t clean. It contained tiny particles of the metal lead. Many years ago, people used to make water pipes out of lead. But they stopped when they found that it could make people unwell.

Gitanjali was reading an article in a magazine about a way to spot dangerous gases in the air. Wow, she thought. What if we could use that to spot lead in water? No one else had thought of it. But Gitanjali’s idea worked. She was only 11 but her tool was already saving lives!

How did she do it? Well, she says, it’s just because she finds science such fun. Solving problems is all part of a game she loves.

Since her first invention, Gitanjali has been giving lectures and speaking to people all over the world. She’s created workshops to encourage other children like herself to get involved in finding scientific solutions to problems in the environment or in our communities.

Often, she says, other kids are keen to help but don’t know how to get started. Gitanjali says: “If you give them that spark that they can then build off of, then that changes everything. That means one more person in this world wants to come up with ideas to solve problems.”

Bring back the dinosaurs…

Gitanjali sends out plenty of sparks herself. She has ideas on all kinds of different things. She recently invented an app called Kindly. It’s a kind of robot which reads quickly what people are writing to others online. And if they are about to send a message that would be rude or hurtful, Kindly interrupts them and asks them to think again. Nice!

So what’s next for Gitanjali? Well, you’ll never guess what her big dream for the future is… She wants to bring dinosaurs back to life. Hm. Is that a good idea, do you think?

At any rate, we wish Gitanjali lots of success in all her projects. Except maybe that one!

The world can seem full of problems. Problems for people and for the planet. Problems so big that we feel too small to be able to solve them.

We all have something we like doing and that we do well. For Gitanjali, it’s having fun with science. Find a way to help people by doing what you love, and no problem is too big!

In the spirit of our problem-solution segment, encouraging children to see that whatever makes them tick can be their channel to changing the world, listen to the stories of kids who made Time’s short list in this video. It includes Gitanjali speaking about her love of science but also Ian, who has learning difficulties but loves to garden and who now donates meals to the homeless, or Chelsea, who’s 10 and turned her passion for making art into a charity that gets craft supplies to children in need. 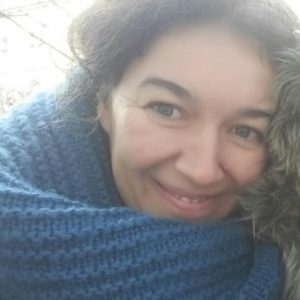